skip to main | skip to sidebar

Turning my world upside down

Why MMDA needs to make a U-turn on its decision

The logic was simple enough. For a 4 year old.

And so began the brainchild of the MMDA. The masterplan to eliminate all traffic in Metro Manila... by eliminating all the traffic lights in Metro Manila! (I can almost hear Dr. evil laughing in the background. Mwahahahahaha!)

It took precisely .0000087 milliseconds after implementation for the first problem to occur.

And more problems started pouring in.

Now, obviously obsessed at making the whole damn idea work, we're seeing MMDA resort to smarter and smarter ideas that will give the whole "no traffic light, no traffic" theory a run for its money as the most awe-inspiring spark of genius in human history.

Problem #1: Not all people want to drive indefinitely until the end of a highway. Sometimes, just sometimes, they need to go to the other side of the road.

So how do you make sure everyone got to their destination if there were no traffic lights left on the road?

In its purest form, a U-turn is always welcome.

You lost your way? No problem! Make a U-turn and backtrack your way to last place you can remember.

You overshot your intersection? No problem! Make a U-turn and take right turn.

Sure it wasnt the most brilliant of inventions known to the motoring world, but hey, you thank God in the few times you actually use it.

And then the Devil corrupted it.

The MMDA turned this poor thing from an instrument of God to a motorists's nightmare.

In the long stretch of C5 for example, they setup U-turn slots instead of having intersections with traffic lights (and hence, traffic). For someone in the northbound lane, to be able to go anywhere next to the southbound lane, they had to look for the nearest available U-turn slot.

Problem #2: U-turn slots are also choke points
These U-turn slots, depending on how popular the destination was, often got clogged up and used up 2-3 lanes more than was originally planned. This in turn, caused the other lanes to slow done because the U-turns became a choke point...

Apparently besides crazy drivers that swerved 3 lanes to be able to reach the U-turn, the main problem was caused by trucks that took up 4 lanes just to TURN.. which either caused traffic or accidents that caused traffic...

Bright Idea #2: Install "Do not use this U-turn if you are taller than this" signs.

I kid you not. They physically put bars that would hit the top part of the trucks in the U-turn areas that clogged traffic. This should make sure Truck drivers would think twice before using a U-turn slot.

Bright Idea #3: Take out all the minor U-Turns so the Trucks dont clog c5...

Problem #4: Almost ALL the U-turns are minor. So basically there are almost no U-turns left in c5. Few U-turns = Longer drives = Larger gas bills for everyone.

Problem #5: One use of Traffic lights was, as extensive MMDA research now shows, to give a chance for pedestrians to cross to the other side of the road.

Let me repeat. Traffic lights stop cars. If cars are not moving, people can cross.

Bright Idea #4: Why did the chicken cross the c5? He didnt. He's a chicken remember?

Just read the signs they posted: "Bawal tumawid. Nakamamatay." roughly translated in in english as "Dont Cross. You will die, stupid."

So there. People cross the road because they are stupid. Not because they need to go to the other side for minor things such as work and life.
_____________

Of course, the MMDA think tanks, being geniuses that lived in their own ivory towers, were not aware of the continued existence of millions of stupid people in Metro Manila.

So once in a while, they made pedestrian walkways or underground tunnels that turned Stupid people into Smart People. Or at least gave Smart people a way to cross the street.

Of course, since Smart people are heavily outnumbered by Stupid people, these walkways are actually quite few and far between.

Here's my two cents: Just bring back the damn traffic lights!
Posted by solo flite at 6:55 AM 1 comment: 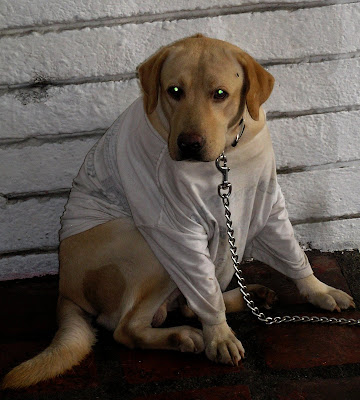 After YEARS of procrastinating, I finally took the plunge and tried my hand at the DLSU Grad School entrance exam for my MBA last saturday.

Just to be sure, I took out the dusty GMAT reviewer I purchased FOUR years ago and reviewed it the night before the exam.

GMAT for dummies: GMAT is a combination of tests on math and verbal intelligence. The score you get here can determine your eligibility for entering US-based graduate schools.

1. It was over 7 years since I last did any mathematical computations MANUALLY. (Damn you Microsoft Excel!!!) I had trouble multiplying by hand and forgot how to DIVIDE.

2. It was over 7 years since I last wrote an essay. By hand. I was hanging out in hospitals the past month and I was starting to envy the penmanship I saw in doctors' prescriptions after I was done with my review.

4. Questions with "Choose the BEST answer" is evil. Too many brain cells will die in vain trying to solve for it.

5. I make a few mistakes. Diagnostic test puts my GMAT equivalent at... Hmm... Not bad :) Alcohol has not killed off everything in this brain hehe

6. After taking the diagnostic test, I read the next chapter of the book "How to plan to take the test". Hehehehe I check the time. I have six hours before my exam. And I have to sleep.

7. There are three types of plans, depending on the time--- More than 4 weeks, More than 2 weeks But less than 4 weeks, AND Less than 2weeks. Nothing about six hours. I wonder why? hehe Oh well. Minor detail.

What I was thinking while taking the actual exam (In actual order of realization):

1. Woohoo! Over 80% of the examinees are female. Some are actually cute. None have rings.

2. Everyone has at least 2 pencils on their desk. Some geeks have 5 all neatly laid out in front of them. I look at mine. I have ONE and the tip is broken. And I dont have a sharpener.

3. My seatmate has a sharpener. But shes not cute.

4. For the first time in my life I waste a pickup line to get a sharpener. A sharpener! The end is near!!

5. Of the 20% male populace, at least 30% were gay. Less competition for the girls. Hehehehe

6. Even the proctor is gay. No threat there.

8. The pencil is an instrument of pure torture. My hand is getting tired and I havent even written down half of what I was thinking.

9. I should have had breakfast. My stomach is growling already...

10. Damn pencil breaks. Lucky for me I now have a sharpener hehe. Pickup line not wasted after all.

13. I have 12 texts in my inbox. I reply only to the pretty one (And I'm not only saying she's pretty because she reads this blog hehehe) I grab a quick breakfast at the cafe and silence my stomach.

14. I check the expressions of the cute examinees. Not good. Oh well, lets see who I end up with classmates. Maybe luck will be on my side this time.

15. 2nd part of the test begins. I realize I have not gone to the bathroom. Spider sense tingling.

16. The test is a walk the park. I'm glad im this smart. And high on caffeine.

17. Hmmm mental math. 3 classes per term, 20 students each, mostly girls. All of which have FRIENDS. If I dont like the class, I can drop the class and a new batch of girls will be available the next term... What a hunting ground!!! hehehe

18. After 15 minutes into the 2hr 30 minute test... I realize with horror that I HAVE to go to the bathroom. And the doors are closed.

22. My mental fortitude reaches the breaking point. I pass my papers and go for the bathroom. Oh well, theres always next term :)
Posted by solo flite at 4:43 AM No comments:

Time. Who knows how long its been?

Seems I've been living almost 24x7 for the past few months. I am stressed, I am relaxed. My weight fluctuates by + or - 5lbs every week. And no, I'm not in the best of health.

Life has given me a rude awakening, worked me hard and partied me harder, kicked me down and picked me up, slapped me around and kissed me goodnight.

And now it gives me Insomnia.

So here I am... Tired, confused and waiting for the next day it would bring.

But there wont be a ray of sunshine just waking me up tomorrow...

I am out here tonight, eyes wide open, forcing the day to dawn myself.
Posted by solo flite at 12:07 PM 5 comments:

Apparently... I'm not a Koala

You're a Raccoon in the wild world of love.

Aren't you a crafty creature, Raccoon?

There's a reason for that mask on your face — it makes it easier to sneak out the back door unnoticed after a late-night prank or two. You're a nocturnal prowler and a fun-loving jokester with a definite social streak. There's never a dull moment when you're up for a party or a wild night on the town. After all, who can resist a free-spirited flirt with a great sense of humor? Your abundance of charm doesn't hurt your act either. You subtly move in on your prey, sneaking out of the shadows where you plot your next punch line. Before they even know what hit them, you've left them howling with laughter and disappeared off again into the night.It's a wonder people never tire of your rabble-rousing antics, you tease. It must be something about your mysterious allure that keeps you so fiendishly intriguing. Or maybe it's your approach to living in the moment. Life's a party and you live it and that's what makes you so irresistible!

Brought to you by Tickle
Posted by solo flite at 3:36 AM 3 comments: 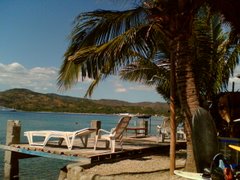 The Demented Blogyard. Pick Their Brains.

solo flite
I'm not a writer. My writing sucks. It's just damn horrible. I'm more of a Typer, actually.